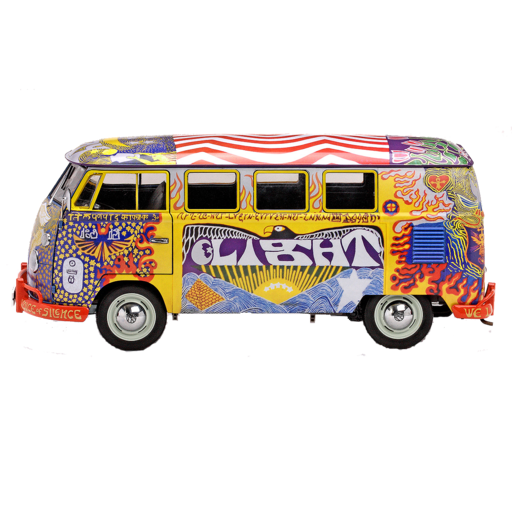 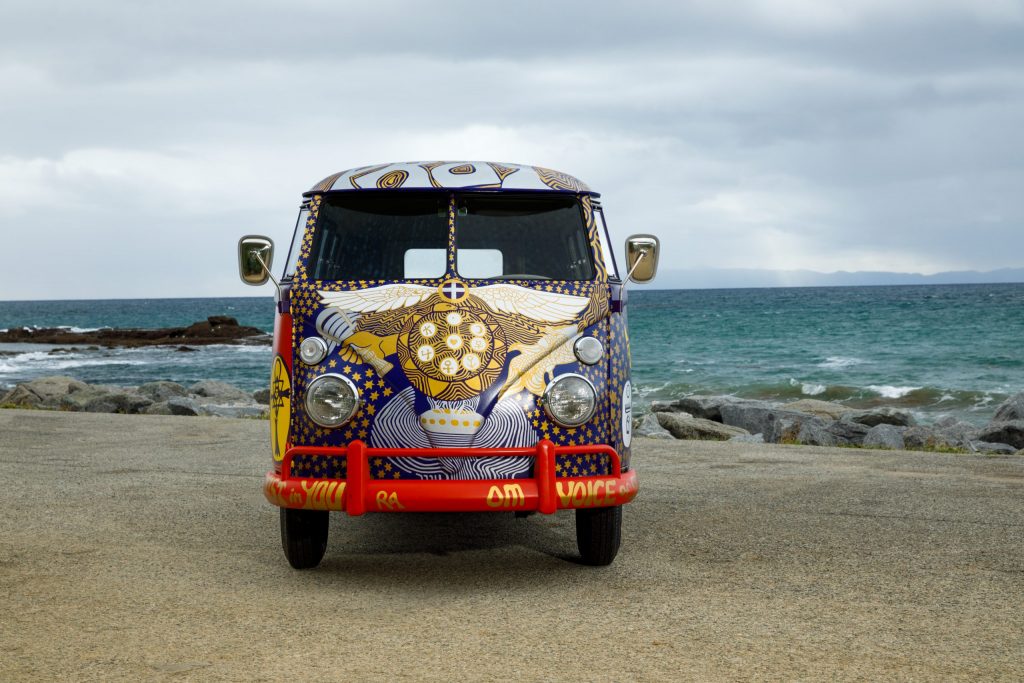 The numerous stars represent a galaxy or the milky way, birthplace of life in the universe.

The circled cross in the center of the wings relates to the builders of the universe or four elements: earth, air, fire and water.

The serpent biting its tail (Ouroboros, symbol of eternity) has inside it eight planetary circles. Moving counter-clockwise:

The central circle is the heart, the cohesive force of the universe, Love. 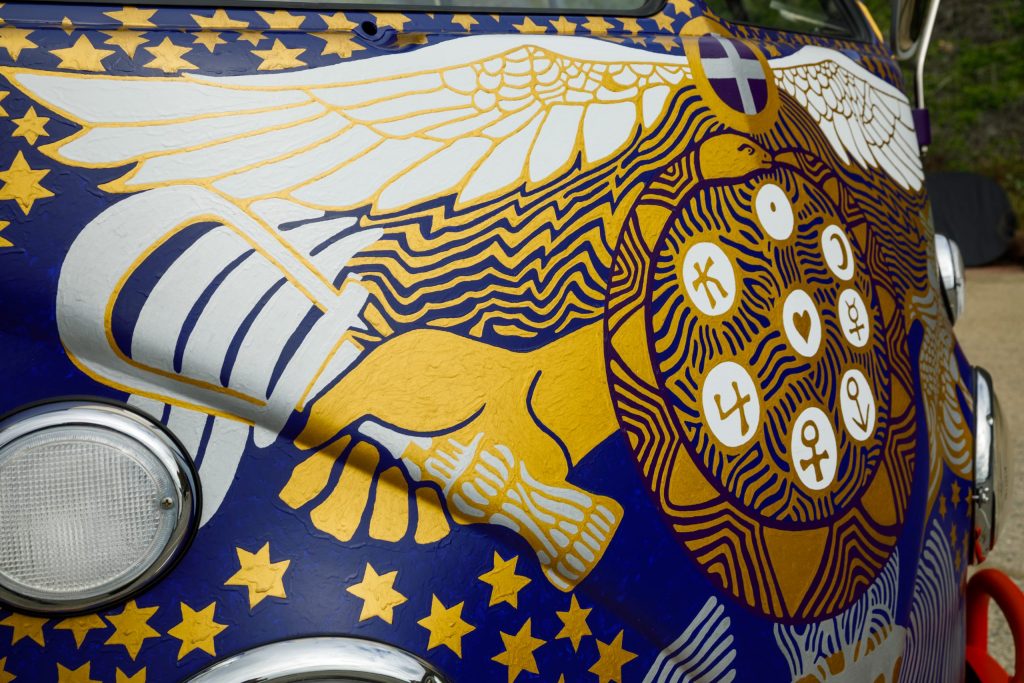 Emanating from the left of the Ouroboros is a hand holding an Egyptian Sistrum (cosmic vibration) and to the right is a fish swallowing cosmic vibrations from the urn of Aquarius above it on the roof. The fish is “Piscis Austrailius,” a symbol for the first 10 degrees of Aquarius, meaning the dissemination of spiritual teachings (waters from Aquarius) given to the multitudes (fish) assuring regeneration or a rebirth of soul consciousness. 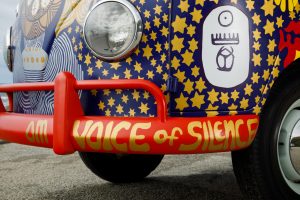 Front bumper says “Christ in You”; “Ra Om”; and “Voice of Silence.” Christ in You refers to the Christos, or the awakening of our consciousness to the DivineNature or “Soul Consciousness,” sometimes called “Christ Consciousness” or “Buddha Consciousness.” The mantra Ra Om is made up of the masculine RA and the feminine OM. Joining these two sacred words together forms a balanced and effective mantra to assist you in achieving this meditative state where you can connect with your “Christ Consciousness.” The Voice of Silence is your higher spiritual self. In order to hear it, you have to be silent.

← Decoding the Symbols
The Eagle Side →
© COPYRIGHT HIERONIMUS AND CO., INC. 2019. ALL RIGHTS RESERVED.